The machine is a new machine researched and developed successfully by our company according to China's actual conditions after absorbing and digesting internationally advanced technology. It has such features as reasonable structure, stable performance, convenient operation, no dead corners, and no exposed bolts. The gyrator (mixing hopper) forms an included angle of 30° with the rotation axis. The materials in the mixing hopper rotate along with the gyrator and make tangential movement along the hopper walls, producing strong turning and high-speed tangential movement and achieving the best mixing effect. PLC automatic control is adopted. It is provided with the infrared safety device and the discharging butterfly valve with the misoperation preventer to ensure safe production. The materials can go through different working procedures in the same vessel without the need of frequent material transferring, material charging, etc. The machine effectively controls dust pollution and cross contamination, reduces loss of materials, controls material layering, optimizes production processes, and fully meets the requirements for medicine production in GMP.

The machine can automatically complete all actions including lifting, clamping, mixing, lowering, etc. An automatic lifting hopper mixer and several mixing hoppers of different specifications can meet the mixing requirements of large batches and diversified varieties of products. It is an ideal machine for mixing in pharmaceutical plants. It is also widely used in such industries as medicine, chemical industry, food, etc. 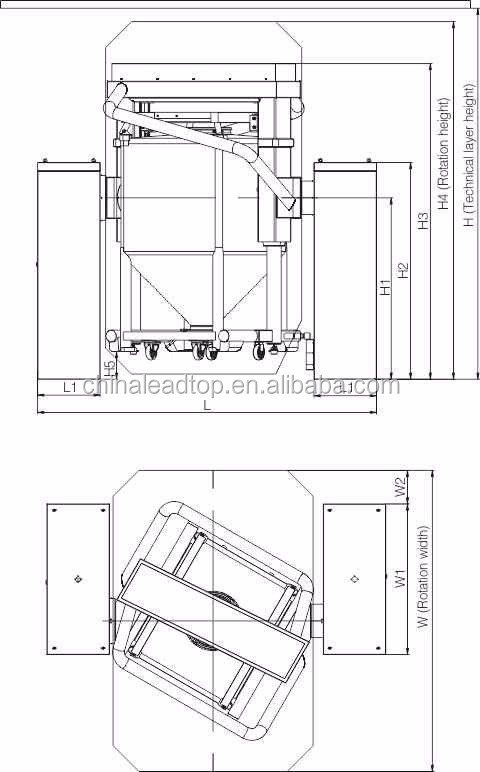